Recently, Prime Minister Narendra Modiexpressed concern over “wastage of food” in his radio programme, Mann Ki Baat. Two weeks later, his government has devised a plan to counter it. The Ministry of Consumer Affairs, Food and Public distribution is planning to regulate food portions served at restaurants and is said to be drafting a questionnaire for hotels and restaurants to explain what dish sizes they should serve to a customer. Some say that the mandate for eateries would just be to clearly mention the portion size on the menu so that customers know how much to order. In any case, this has added to the confusion among the restaurant owners, who are already working hard to get around the liquor ban. Calling it a cheap publicity tactic, Riyaaz Amlani, President of National Restaurant Association of India told The Indian Express, “Keeping a check on food wastage is a very good idea but maybe they should start with government-run godowns and sabzi mandis where several metric tonnes of food is wasted. As far as the restaurants are concerned, food never goes waste because customers get the food packed if they can’t finish it or it is distributed among the poor.” 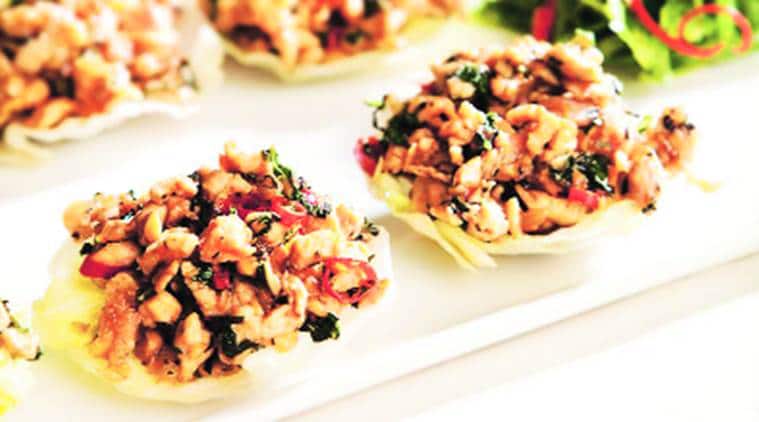 Adds Amit Burman, promoter of Lite Bite Foods, who has seven restaurant chains across India including Punjab Grill, Zambar, Asia 7 and the Subway outlets, “I don’t understand who is advising the government to come up with such ideas. They have bigger things to do.” Burman adds that it is absolutely impractical to put such a regulation in place. “The question here is: how are they going to do it? For instance, if we are serving grilled chicken, how can the government decide the size of chicken?” he says. There are many factors, he says, that go into a restaurant arriving at a suitable portion size — such as pricing, raw material and the number of ingredients used in a particular dish.

“We don’t need to be told that food should not be wasted. This is common sense. This is no way to figure out a standard size. Portions are decided on the basis of research and customer feedback. This is a service industry and has to be run by our guests and not the government. Some of our raw materials come pre-portioned while others that have a shelf-life are closely monitored,” says Rahul Singh, Owner, Beer Cafe, which has many outlets across Delhi.

Even the chefs are quite unsure how such a regulation can be implemented. Also, while everyone agrees in principle that food wastage needs to be curbed, people in the industry are of the view that restaurants are the last place where wastage of food actually happens. Chef Ravitej Nath, who has worked with Oberoi group for 18 years, says “Food wastage is a huge problem but restaurants are only a part of the problem. What we need is to create awareness and devise a system where food is collected and redistributed. I don’t think curbing portion sizes will help.”